90 years ago, in April 1930, the Junior League of Rockford was formed.

Since 1930, JLR members have contributed countless hours of service to help build a better, stronger community. Some of Rockford’s most iconic facilities and programs were once JLR projects, including Ken-Rock Community Center (1930), Discovery Center Museum (1981), Winnebago CASA (1986), and many others.

Through the effective action of trained volunteers, JLR has made a difference in the lives of women, children, and families in Rockford. Stay tuned as we celebrate 90 years of women building better communities! 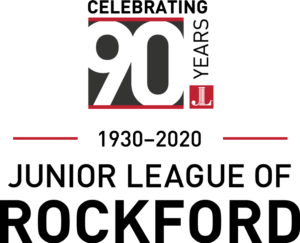 A Brief History of JLR

The Junior League house was operated as a welfare station with services that included a well-baby clinic, dental clinic, mother’s club, and kindergarten. For twenty years this project grew and developed into Ken-Rock Community Center.

The Junior League in cooperation with the Board of Education launched radio entertainment for children called “Books Bring Adventure” in 1945. The program was heard every Thursday night over WROK and brought experiences of other lands and people to the children of Rockford.

In the 1960s an important program for children brought Junior League of Rockford its first front-page headline in Rockford’s newspaper.  During this decade the Junior League initiated and expanded several children’s projects, which focused on education and the arts.

In the 1970s an increasing number of Junior League members stepped into public service.  The Junior League of Rockford initiated two major projects in 1970 and 1973, which are still active in the community today.  In 1973, a unique Junior League fundraiser brought a tennis player, who has been an advocate for gender equality, to Rockford.

While restructuring JLR defined the 1990’s, the League accomplished a lot and learned a lot during this process, which truly defined the Junior League that we have today.  Two more projects initiated by the Junior League in the 1990’s are still active in our community today and another successful cookbook was developed.  The Junior League also restructured the leadership of the league into a council, which was later renamed a board.  Gone were the 6-hour executive meetings and the 4-hour board meetings!

Our year-long 75th Anniversary celebration began with a mayoral proclamation in April 2005.  The celebration included sustainers educating the actives and new members about the history of JLR through special decade presentations at the GMM’s.  The celebration culminated into an anniversary reception and program on April 18, 2006, where we recognized our past projects and welcomed our AJLI President as guest speaker.

During the 2010s social media provided new ways to heighten the community awareness of the Junior League of Rockford.  We chose poverty as our community impact area.  We made a big difference in the lives of young people through our projects.  Our sustaining membership continued to help with our projects and fundraisers.  Sustainers also dug in and chaired committees or served as committee members.  We presented some old fundraisers with a new twist and developed some new ones.  We also celebrated our 80th and 85th Anniversary years with style during the 2010s.

We had high hopes to celebrate our 90th Anniversary in the same fashion including additional plans for social events and community projects throughout the year, but then COVID-19 changed our plans for in-person gatherings.  While these special events and gatherings may be on hold, we continue to enjoy highlighting our rich history in the community in other ways.

May 2020 – “Since its founding on April 11, 1930, the Junior League of Rockford has made an indelible impact on the Rockford community. In our 90-year history, we have led the charge in the development of numerous community facilities and programs that have greatly impacted the greater-Rockford community.

Through collaborations with other community organizations, the Junior League has identified community needs, developed projects to fulfill those needs, and raised the money to bring those projects to life.

In the 1930′s and 1940′s, the original Junior League of Rockford house was operated as a welfare station. For 20 years, this project grew and developed until it eventually became known as Ken-Rock Community Center. In 1957, the Junior League also developed Washington Park Community Center to fulfill critical needs in that community, which is now owned by the Rockford Park District.

The education and welfare of women, children, and families has been a significant focus for the Junior League over the years. In 1981, our goal to provide a place for children and families to experiment and explore was achieved by its development of the Discovery Center Museum with the Rockford Area Arts Council. Ten years later we partnered with Discovery Center and the Rockford Park District to build the Rock River Discovery Park.

The Junior League also realized the need for children to have advocates in court and initiated CASA in 1986. Later that year the Youth Services Network was created to provide assistance to agencies serving troubled youth and their families.

In 2003, the Junior League and the American Red Cross opened MAYA’s House, a daytime drop-in center for homeless mothers and their children now operated by Shelter Care Ministries. Backpack Buddies was developed in 2013 to provide weekend backpacks of food to chronically hungry, low income children and is now operated by the Northern Illinois Food Bank.

There were programs started by the Junior League that have become part of a bigger organization such as the Domestic Violence Assistance Center which is now part of Remedies Renewing Lives. And there were countless projects that have come and gone developed by Junior League to fulfill an immediate community need.

Not only has the Junior League of Rockford impacted the community, it has developed leaders to go on to be a vital part of the Rockford community. Comprised of a diverse group of women who share a commitment to making our community a better place to live and work, the Junior League of Rockford’s mission is to promote voluntarism, develop the potential of women, and improve the community through the effective action and leadership of trained volunteers.

The mission of the Junior League has not wavered during the COVID-19 crisis. In April, the Junior League’s STEM Project shared projects online for families to do at home. The new member class recruited volunteers and solicited donations for the Northern Illinois Food Bank.

Our next project, Literacy Leaders, a program to lessen the consequences of illiteracy in children, will begin later this year.

As part of our 90th Anniversary celebration, the Junior League is launching our “9 Gifts to the Community” program, which includes nine additional community service projects throughout the year, all aimed at improving the lives of those in Rockford and the surrounding community.

As we celebrate our anniversary, we look forward to continuing the work begun 90 years ago. Happy Anniversary Junior League of Rockford.”

Rockford Chamber of Commerce Congratulates JLR on 90 Years of Service

“Thank you for all the wonderful work you have done and continue to do to help build better communities!” – Rockford Chamber staff 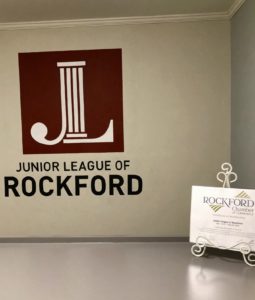 Your donations make all the difference. Thank you for partnering with us!

Junior League of Rockford, Inc. has been in the business of changing lives in the Rockford community for 88 years.

Please consider a tax-deductible donation to the Junior League of Rockford, Inc. to ensure a future of empowering women and creating community solutions! Donate today

By continuing to use the site, you agree to the use of cookies. more information